Pacman is around us for more than 40 years now. The game has improved has a lot over the years. The history of this game has been quite interesting. If you want to enjoy the good old Pacman with more improved graphics and responses, then Pacman 30th anniversary is for you. If don’t have any idea about the game, Well then you might be living in some kind of rock.

So today, we’re here to discuss Pacman and its history. So let’s jump into it.

Pacman is a Japanese game that was launched back in 1980. Its founder, Toru Iwatani, wanted to create an endless game that can be exciting for people of any age. So he created an action chase game with his team of nine people and name it Puck Man. The main aim was to make the game attractive for women and men as well.

The first game was a massive success after its release. This leads the developers to make more sequels and tv serials. The game took the world into its hand. This game become a flagship icon for its developers.

According to developers, the game was supposed to make non-violent. They took ideas from a different place and created a colorful environment in the game. The colors of the ghost seem cute and attractive which makes the game more noticeable.

The game was originally available only on arcade games. After its success, the game is now everywhere. Pacman 30th anniversary game full screen provides the same fun as an arcade.

Pac-Man is an action chase maze game in which fours ghost will try to catch in an enclosed maze. Your actual aim is to eat all dots before those ghosts chop you down.

Throughout the maze, the dots can be seen. The Pacman has to eat every single of them. The ghost with their unique AI will follow you. They will try to catch you.

Each of the ghosts will catch with its unique AI. For example, the red ghost blinky will give you a direct chase. While Pinky will try to come in front of you. The Clyde will try alternate paths to get to you.

In the game, Bigger dots represents power pellets that can make Pacman strong enough to eat ghosts. You can see the ghost turns blue after eating the energizer. Eating each ghost will provide you with a high amount of score.

To celebrate the 30th anniversary Pacman has been released on the google web page. So you can get nostalgic memories from the game. The game has now some better graphics. The colors look a lot cooler than the original. Also, the experience of the game is very user-friendly.

There is not much change in the game. So you can have the same amount of fun from it. Although there are some glitches in the game still it’s a good game.

Developers have also put a cute easter egg in the game. So that you can have more fun. If you click on the insert coin two times. You will be actually able to play as ms pacman 30th anniversary game. This is quite actually good to play with your friend at the same time.

If we try to consider all things at the same time, then we can say that Pacman is a great game. This was the game for which kids used to save their pocket money. The game was a massive success for the developers. 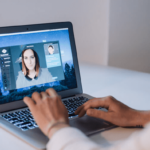